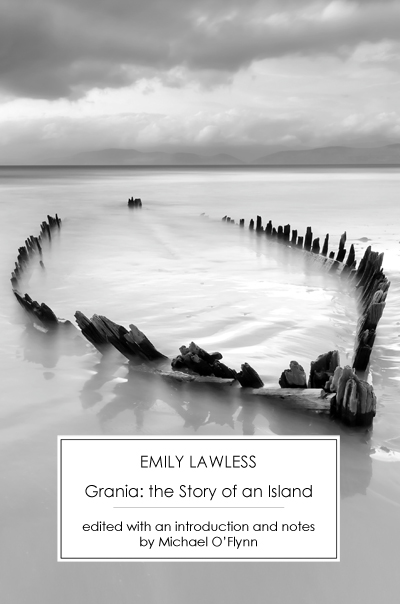 edited with an introduction and notes by Michael O’Flynn

First published in 1892, Grania is the story of a fisherman’s daughter from the Islands of Aran, off the coast of Galway. Grania O’Malley’s life is circumscribed by family duty and her destiny as wife to her feckless fiancé, Murdough Blake. When she realises her wants her only for her money and property, Grania rejects him in favour of heroism, although with tragic consequences.

Through complex and skilled characterisation, Lawless evokes a vivid picture of island life, with its unforgiving landscape and grinding poverty. Using a unique poetic style, the author conveys both humour and a sense of Gaelic identity, inextricably linked with this remarkable community.

Algernon Swinburne described Grania as “one of the most exquisite and perfect works in the language” and Mrs Humphry Ward praised its “breath of sensitive humanity”. This scholarly edition, the first for twenty-five years, brings Emily Lawless’s extraordinary novel to a new audience.

Michael O’Flynn is an Associate Lecturer with the Open University. He recently completed a D.Phil on the work of Emily Lawless at the University of Sussex. His research interests include the nineteenth century Irish novel – especially the 1880s and 1890s – and the relationship between science, literature and culture in the Victorian period.