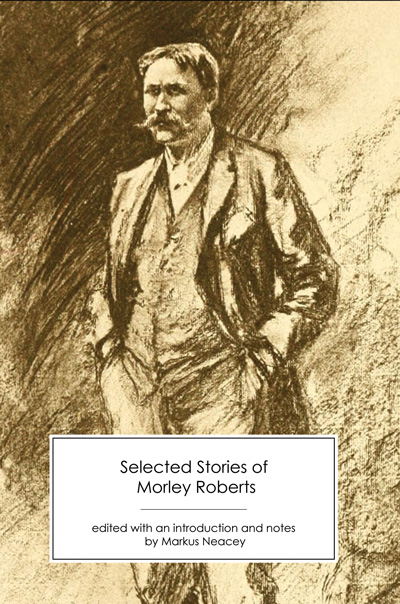 edited with an introduction and notes by Markus Neacey

In a career spanning over 50 years, Morley Roberts wrote hundreds of short stories and was one of the most successful operators in the Victorian-Edwardian literary marketplace. His remarkable imagination and willingness to experiment resulted in tales of sailors on the high seas, adventurers in the Australian bush, cowboys in the wild west, saloon society in frontier towns, tramps on the railroad, miners in the mountains of British Columbia, farmers on the South African veld, and writers in men’s clubs. Whatever the setting, Roberts evokes the dangers and challenges his characters face.

With an eye for detail and an unerring skill in capturing the vernacular of the desperate characters he portrays, Roberts leads the reader into vividly-drawn masculine worlds.

In this edition, Markus Neacey acknowledges Roberts’s special contribution to the British short story by selecting the best examples from his extensive work.

Markus Neacey is an independent scholar specialising in late-Victorian and Edwardian literature and in particular the work of George Gissing and his circle. He graduated from Stirling University in 1995 with BA Honours in English and gained an MA in English at Warwick University in 1997. Since the late 1990s he has been a regular contributor to The Gissing Journal. He has published a chapter in a Festschrift for Professor Pierre Coustillas entitled “The Textual History of ‘Phoebe’s Fortune’: Towards a Third Version of Gissing’s Story via Eduard Bertz’s German Translation” in Spellbound, George Gissing (Haren, Holland: Equilibris, 2008). He has also written on Morley Roberts for the H. G. Wells Society Newsletter and recently published “A Bibliography of Morley Roberts’s Writings” in English Literature in Transition in 2012 (55:3, 361–393).