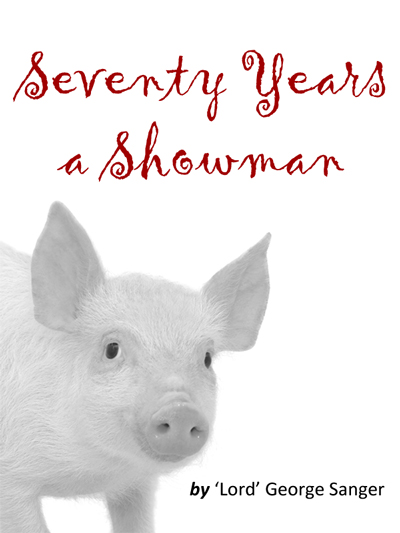 with an introduction by Catherine Pope

So begins the autobiography of ‘Lord’ George Sanger (1825?-1911), circus proprietor and showman, and one of the nineteenth century’s most flamboyant figures. He recalls the remarkable events of a life populated by learned pigs, clairvoyant ponies, and equestrian baboons. Alongside his talented menagerie appeared his ‘Living Curiosities’: the pig-faced woman, the living skeleton, the world’s tallest woman, and the cannibal pigmies.

In his youth, Sanger and his family were treated as “rogues, vagabonds, and deceivers of people” and often run out of town; seventy years later, he was lionised as a self-made businessman who rejoiced in the patronage of Queen Victoria and was an admirer of Benjamin Disraeli. Along the way, he’d clashed with Chartists, body-snatchers, and the terrifying virago Carroty Kate.

Sanger’s memoirs end with his retirement to East Finchley and the admission: “I feel that the latter days of my career … have not the interest for my reader that attaches to the earlier period.” But any ideas he might have had of quietly fading away were thwarted. The introduction to this new edition reveals how his death was as spectacular and surprising as one of Sanger’s own shows.