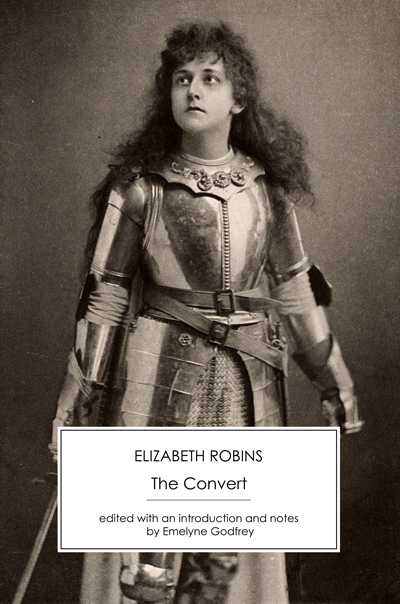 edited with an introduction and notes by Emelyne Godfrey

First published in 1907 The Convert was based on Elizabeth Robins’s hugely successful play, Votes for Women! which advocated militancy as the only means of achieving female suffrage. The story centres on Vida Levering, a society beauty who turns personal tragedy into political triumph by throwing her considerable intellect and energy behind the campaign. She also uses a guilty secret to gain the support of her ex-lover, the rising Tory politician Geoffrey Stonor.

In this powerful novel, Robins shows the militants as noble women who care passionately about their cause, challenging the popular myth of bitter troublemakers. Many of the scenes are taken directly from actual suffrage meetings, including verbatim quotes from the hostile men who turned out to heckle them and rousing speeches by the suffragettes who stood up for their principles, at great personal risk.

The Convert is an intoxicating blend of history, fiction and propaganda, but manages to be both funny and poignant. The compelling characters leap off the page and it’s impossible not to be roused by their spirit and integrity.

Emelyne Godfrey is a freelance writer specialising in the long nineteenth century. After graduating with a PhD from Birkbeck College, Emelyne wrote her first book Masculinity, Crime and Self-Defence in Victorian Literature: Duelling with Danger (2010) which will be out in paperback in March 2013. Its companion volume, Femininity, Crime and Self-Defence in Victorian Literature and Society: From Dagger-Fans to Suffragettes, has just been published. Emelyne is also a contributor to History Today, the Times Literary Supplement and BBC History Magazine, and is the Publicity Officer for the H G Wells Society.

Elizabeth Robins’s estate is owned by Independent Age, a charity dedicated to supporting older people on low incomes. They have kindly given Victorian Secrets permission to publish The Convert.