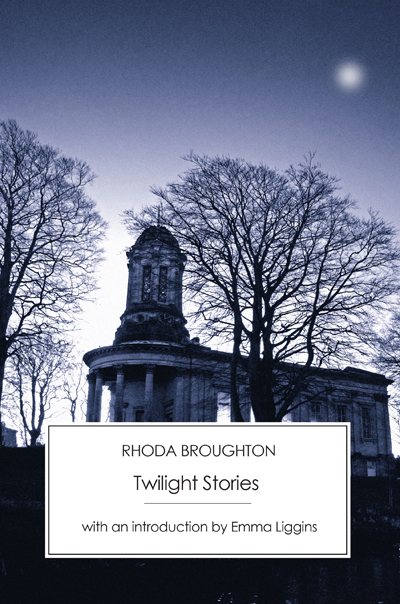 with an introduction by Emma Liggins

Rhoda Broughton’s Twilight Stories was first published as Tales for Christmas Eve in 1873. The tales had also appeared in the literary magazine Temple Bar, and have since been reproduced in ghost story anthologies throughout the decades. Readers have been impressed with Broughton’s ability to make the apparently mundane appear mysterious and, in some cases, terrifying.

Herbert van Thal, who edited the 1947 edition of Twilight Stories wrote in his introduction:

Twilight Stories should excite the most blasé follower of the tale that should be read ‘last thing at night’…Miss Broughton was clearly a forerunner of M R James.

The stories included are:

Emma Liggins is a Lecturer in English Literature at Manchester Metropolitan University.  She has published on the New Woman and sensation fiction, and Victorian women’s magazines.  Her recent book is George Gissing, the Working Woman and Urban Culture (Ashgate, 2006).  She is currently researching nineteenth- and twentieth-century short fiction for the forthcoming Palgrave Guide to the British Short Story.