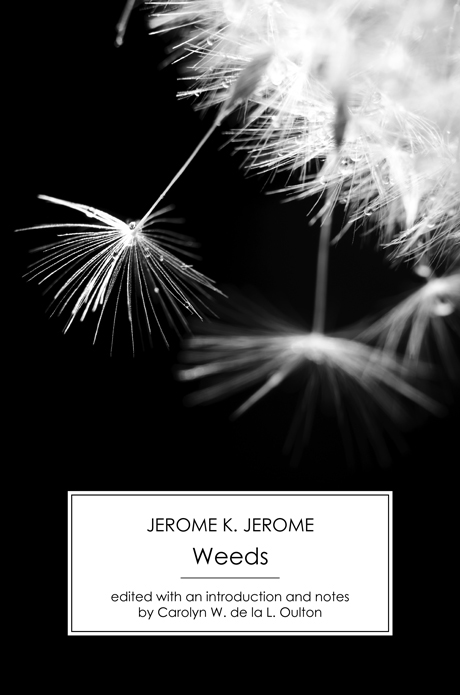 edited with an introduction and notes by Carolyn W. de la L. Oulton

Jerome’s publisher Arrowsmith was nervous about the book’s frank portrayal of adultery and it was never available for general sale during his lifetime. This new edition, with a critical introduction, bibliography and explanatory footnotes by Carolyn W. de la L. Oulton, reconsiders Jerome K. Jerome’s important and neglected work.

Carolyn Oulton is a Reader in Victorian Literature and Co-Director of the International Centre for Victorian Women Writers at Canterbury Christ Church University. Her first biography was Let the Flowers Go: A Life of Mary Cholmondeley (Pickering and Chatto 2009) and her biography Below the Fairy City: A Life of Jerome K. Jerome is published by Victorian Secrets.

Victorian Secrets also publishes Three Men in a Boat and Three Men on the Bummel.