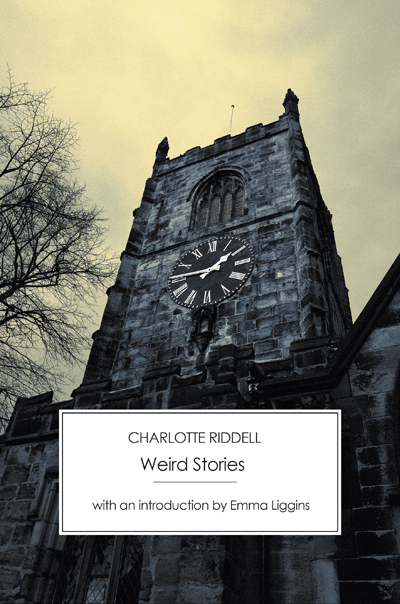 with an introduction by Emma Liggins

Charlotte Riddell’s Weird Stories was first published in 1882, to great critical acclaim, and has been popular with ghost story aficionados ever since.

Weird Stories are sensational enough in all conscience, seeing that the main action is directed by supernatural agencies, and that disagreeably obtrusive ghosts haunt the scenes of their earthly troubles. But these mysteries are adroitly realized, and the stories are so probable as to be pleasantly thrilling; nervous people, indeed, might prefer to read the book on a railway journey by daylight rather than in a lonely apartment towards the small hours.

The stories included are:

Emma Liggins is a Lecturer in English Literature at Manchester Metropolitan University.  She has published on the New Woman and sensation fiction, and Victorian women’s magazines.  Her recent book is George Gissing, the Working Woman and Urban Culture (Ashgate, 2006).  She is currently researching nineteenth- and twentieth-century short fiction for the forthcoming Palgrave Guide to the British Short Story.