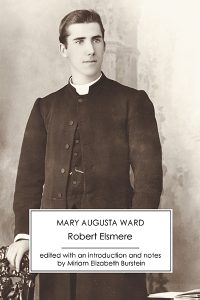 When Mrs Humphry Ward first had the idea for her bestselling novel Robert Elsmere (1888), she wrote to her publisher that it was all planned and that she would take “five quiet months in the country to write it. It will be two volumes”. The gestation period of what she referred to as her “baby” was actually three years and her patient publisher was appalled to receive a 1,358-page manuscript, containing nearly three-quarters of a million words. Pruned to a more portable 800 pages, this story of religious doubt became a literary phenomenon, sparking controversy and selling by the truckload.

It’s hard to imagine now that a novel about a clergyman experiencing a crisis of faith should become a bestseller, but then it is easy to underestimate the centrality of religion during the Victorian period.  While for some people developments in geological and evolutionary science had already weakened the authority of the Bible, it was the historicist approach to biblical criticism that seriously undermined its status. By studying the Bible in its historical context, its more controversial tenets could be dismissed as anachronisms, rather than accepted as timeless decrees. Furthermore, textual errors showed the Bible to be disappointingly fallible.  This “enlightenment” was hugely disruptive to a profoundly Christian society, and many sought to explore the relevance of their faith in the modern world.

Robert Elsmere opens in the Lake District, with loving descriptions of the Westmoreland countryside. The serious-minded Catherine Leyburn prevaricates over whether she should accept the marriage proposal of young clergyman Robert Elsmere, or stay at home to care for her widowed mother. Love triumphs over duty, and the couple move to a new living in Surrey. Here Elsmere is given access to Squire Wendover’s library, containing a large collection of books on biblical criticism, and he engages in long debates with intellectuals intent on testing his faith.  Rather than becoming an atheist, Elsmere pursues the philosophy of “constructive liberalism,” stressing the importance of social work among the poor and uneducated. He moves to slums of East London, where he establishes the New Brotherhood of Christ.

Elsmere’s tergiversations captivated the reading public, with the novel selling more than 1 million copies. Ward bagged around £4,000 in royalties, which today would put her in the millionaire author bracket. Her earnings would have been significantly higher if it weren’t for the absence of international copyright laws. Many cheap US editions were rushed to press to cash in on this runaway success; some were sold as loss leaders for just 4 cents, and others were given away free with every cake of Maine’s Balsam Fir Soap.  Remarkably, a US playwright was desperate to adapt Robert Elsmere for the stage, but Ward refused. Not everyone appreciated Ward’s heterodoxy, and William Gladstone wrote a 10,000-word review, detailing his objections to the novel.

I discovered Robert Elsmere five years ago and was astonished that such an extraordinary novel was no longer in print. It seems that publishers were deterred by its size and complexity. However, thanks to the sterling editorship of Miriam Burstein, I’m pleased to say that the Victorian Secrets edition is now published. It was certainly a labour of love, and it took us several years to get it to press (only slightly less time than Ward spent writing it). The marvel of modern technology means that it is reduced to “just” 682 pages, and those with bad backs can download the Kindle edition.

Robert Elsmere certainly isn’t a page-turner, but its importance to the Victorians means it remains a significant and interesting book. 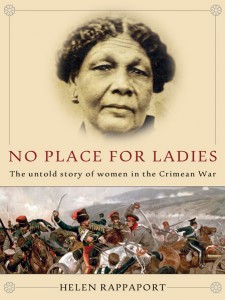 As Russophobia gripped Britain, the outbreak of the Crimean War in 1854 provoked joy among many who wanted to give the “Rooshians” a jolly good beating. At the forefront of the warmongers was Queen Victoria, who longed to don armour and join soldiers on the frontline. But this imagined glory soon faded to reveal the harsh realities of conflict, and the queen spent much of her time writing letters of condolence to bereaved families, and also quietly funding the fitting of prosthetic limbs for the injured.

The bungled Charge of the Light Brigade left the reputation of the British military in tatters, and the subsequent squabbles were just as unedifying. Further battles were similarly devastating, leaving thousands dead or seriously wounded, and the bitterly cold weather compounded the prevailing sense of misery. Finally, the authorities back home realised that help was needed and despatched a part of thirty-eight nurses. Among them was Florence Nightingale, a remarkable woman whose forceful character often dominates accounts of the Crimea. Although in the book Helen Rappaport credits Nightingale’s many achievements, her focus is on the women whose stories remain largely untold: Fanny Duberly, the energetic and indomitable officer’s wife, whose eyewitness accounts of key battles give us a uniquely vivid perspective on the human (and equine) cost of war; and Mary Seacole, the Jamaican-born nurse who overcame institutional racism in her determination to help the men risking their lives.

It is Mary Seacole who really shines in Rappaport’s magnificent book. Although she had considerable nursing experience, Seacole was turned down as an official volunteer on the grounds that a “West Indian constitution is no the one best able to bear the fatigue of nurse,”  a spectacularly offensive and fatuous claim, given Britain’s earlier willingness to exploit black women as slaves. Undaunted, Seacole simply paid for her own transport, establishing herself just outside Balaclava. There she set up ‘The British Hotel’, providing home comforts to the military, and also acting as “doctress, nurse, and mother”. Although she attracted criticism for running what was in some respect a clubhouse, that was exactly what the men wanted, and the prices paid by officers meant that Seacole could distribute free food to the poor soldiers. Apart from making life more comfortable for her visitors, Seacole also possessed the same skill and experience of a male doctor, and her medical interventions improved the recovery prospects of many wounded men.

Given her significant contribution, it is hard to fathom why Mary Seacole has been effectively whitewashed from our history. If Lords Cardigan, Raglan and Lucan can be remembered for their incompetence, then why shouldn’t Seacole be immortalised for her bravery and compassion? Historians, including Helen Rappaport, have done much to raise awareness, but some of this good work has been undone by Michael Gove in his misguided attempt to remove Seacole from the National Curriculum. While it is true that her contribution specifically to the nursing profession did not rival that of Florence Nightingale, Mary Seacole is undeniably an important part of our history, and a figure who represents our diversity. Let us celebrate this enterprising and inspirational woman.

No Place for Ladies: The Untold Story of Women in the Crimean War is available in a Kindle edition. 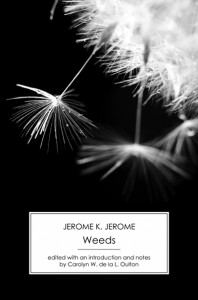