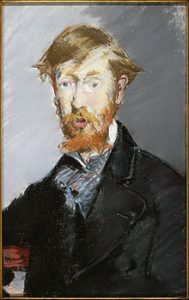 Sent out to domestic service by her drunken stepfather, Esther Waters is forced to leave a good position after being seduced and abandoned with child by fellow servant, William Latch.  Repelled by her family, she struggles with life as a single parent, nursing a rich woman’s baby to the detriment of her own, working eighteen hours a day for a capricious mistress, and even resorting to the workhouse in desperation.  Although an occasional character looks upon her kindly, most are out to exploit her weakened state.  Her fortunes seem to improve when she finds work with a benevolent novelist and wins the affections of Fred Parsons, a steady and earnest member of the Plymouth Brethren, who believes she has already atoned for her “sin”.  Just as she glimpses the prospect of security, William Latch reappears, begging her to come back to him so that he can be a father to his child.  Esther must choose between the safe option of Fred and the more exciting, but dangerous, alternative offered by William.

Her deliberations are exquisitely portrayed, as are the consequences of her choice.  The novel is set against a background of horse racing and the heady atmosphere of gambling and drinking that surrounds it.  People of all classes get caught up in the highs and lows, and there are many innocent victims, mainly the women and children.  Moore exposes the hypocrisy of the establishment who condemn the poor for their vices, yet also indulge in them and profit from their addictions.  There is a polemical strain to the narrative, which is at times a little heavy-handed, but also poignant.  Moore, not known for his modesty, said of Esther Waters: “though pure of all intention to do good – that is to say to alleviate moral suffering – it has perhaps done more good than any novel written in my generation.”  There is anecdotal evidence that a nurse founded a refuge for homeless children after reading Moore’s descriptions of neglect.

The short introduction shows that Moore was heavily influenced by both Hardy and Zola when writing Esther Waters.  The novel never quite reaches the grotesqueness of L’Assomoir or Nana, but comes quite close with characters such as baby-farmer Mrs Spires, who offers to murder Esther’s child for £5.  Moore’s frank treatment of the sexual episodes led the novel to be banned by W H Smith, a decision they revoked after a high profile campaign.  Many authors lent their support, stressing the importance of the work.  A notable exception was George Gissing, not a man easily pleased, who complained of “miserable writing” and “grotesquely phrased” dialogue.  Although there are obvious thematic similarities with Tess of the D’Urbervilles, Moore allows his heroine to struggle with and overcome her fate: he is deterministic without being fatalistic.  Esther’s trajectory is both moving and memorable, the glimmers of hope amongst the gloom are painted with a masterly touch, and its conclusion is both understated and uncontrived.