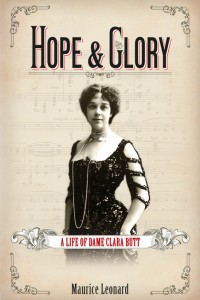 Sir Thomas Beecham cheekily remarked that when she sang in Dover, Dame Clara Butt could be heard in Calais. If you’ve listened to her rousing performances of Hope and Glory on YouTube, you’ll know that he had a point. Standing an Amazonian 6’2″ tall, Dame Clara was a towering cultural icon of the Victorian and Edwardian eras, symbolising the glory of an empire on which the sun never set. She won fans all around the world, performing concerts in America, Australia, New Zealand, South Africa and India, and commanding five-figure fees. With her entourage of 20 staff, she would sail the seven seas to reach her adoring public.

Although from humble origins as a trawlerman’s daughter, everyone knew that Clara was destined for a glittering career. Queen Victoria felt strongly enough to actually pay for some of her studies, and Clara became a firm friend of the royal family. Success turned her into a formidable woman, but Clara worked tirelessly to raise funds for good causes, and was honoured with a damehood for raising morale during the dark days of World War One.

Clara’s incredible talent brought her much joy, but she also suffered great tragedy in her personal life, losing two of her children and enduring crippling back pain. She sought solace in Theosophy, travelling to India, where she met Mahatma Gandhi and the socialist reformer Annie Besant. Even when diagnosed with a virulent form of spinal cancer, she immediately planned a final tour of Australia (most of us would take to our beds with some hard drugs). She died with great courage, in the same week as both George V and Rudyard Kipling, and the world was a sadder place without her.

I knew very little about Dame Clara before receiving the proposal for this biography, but was immediately captivated by the story of this extraordinary woman. One hundred years ago she was a household name and rarely out of the newspapers, but now she is known mainly by music aficionados. Working on the biography of Eugen Sandow last year made me realise that celebrity is ephemeral and even megastars are seldom remembered much beyond their own lifetime. Dame Clara is certainly one who should be celebrated all over again.

Hope and Glory: A Life of Dame Clara Butt by Maurice Leonard is available in print, Kindle and EPUB editions. 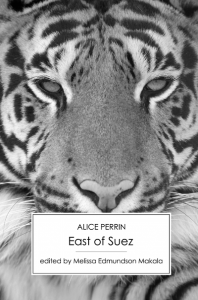